The Rotary Club of Hopkinsville hosts the largest Rotary fundraising event in the world each year at their Rotary Auction in April. 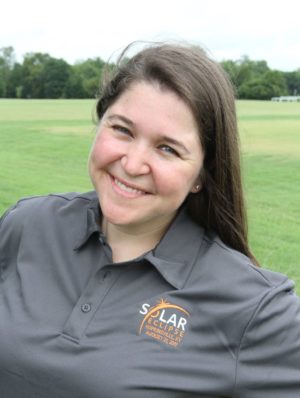 Brooke is a lifetime lover of all things tourism! She has served as the Executive Director of Visit Hopkinsville since 2018. With over a decade of experience in hospitality, she has worked for Churchill Downs, the Louisville Sports Commission, the Louisville Convention & Visitors Bureau, Chicago Bears and the Christian County Chamber of Commerce.   She served as the Solar Eclipse Marketing and Events Consultant for the City of Hopkinsville during the planning and preparation for the August 21, 2017 Solar Eclipse which brought over 116,000 visitors to the community. Following her tenure in this role, she was honored to receive the Group Achievement Honor Award from NASA’s Marshall Space Flight Center.

Currently she serves as the President of Team Kentucky, a state-wide sports tourism organization. She is a proud member of the Christian County 4-H council and Hopkinsville Kiwanis Club. She also serves as an Ex-Officio board member for both the Museums of Historic Hopkinsville-Christian County and the Bruce Convention Center.  She loves telling everyone who will listen about the wonderful things to do in Hopkinsville and Christian County.

Brooke has a Bachelor of Arts degree from Morehead State University and a Master of Arts Degree from Bellarmine University.  She is also a graduate of the French Pastry School in Chicago, IL where she honed her skills under incredible pastry chefs such as Nicholas Lodge, who created Princess Diana’s wedding cake. She has a love-hate relationship with running, but somehow completed the Chicago Marathon in 2011, in addition to 7 half marathons.

She has been married to her husband Chris for a decade and together they are on a quest to visit every Major League Baseball park in the country. They are currently up to 16! They recently welcomed the newest addition to their family, a blue heeler pup named Banjo! 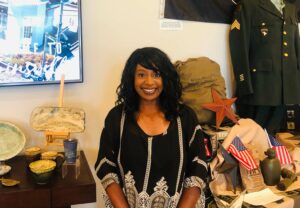 When Amy isn’t telling the world about how amazing Hopkinsville is, she is cheering on her favorite team, the Green Bay Packers, or spending time outdoors rock hunting, building fairy gardens and enjoying the beauty of her family farm! She loves to cook and spend time with her beautiful daughter, Chloe! Chloe attends Trigg County Schools. She is a member of the Trigg County Arrowcats and has recently taken up horseback riding. Amy’s family is the center of her universe.

Amy was born and raised in Cadiz, KY. Growing up on the family farm, Little Pines Farm. She left home in 1991 to attend college at the University of Kentucky. Throughout her 26 years in Lexington, she was fortunate to meet tons of wonderful folks and had life-changing experiences. While there, Rogers was a client of Images Model and Talent Agency, owned and operated by former Miss Kentucky Ms. Janie Head. She credits the modeling agency, with playing a pivotal role in her life.

She was later selected to travel to Los Angeles with other models and talent from Images, to compete in the 2006 International Model and Talent Association.  There, she won several awards, including Cold Read-Honorable Mention; Monologue- 4th Runner Up; Team Fashion- 2nd Runner up and selection to attend the prestigious New York Film Academy. She even landed her first big “gig” and was chosen to appear in various Ball Homes commercials.

Rogers loves to travel. One of her most memorable trips was to London, Paris, Switzerland and Germany with her piano class in 2004.

While in Fayette County, Rogers served the community in a variety of roles, one of the most impactful being a non-profit organization Fahe, Inc. located in Berea, KY, which focused on empowering the people and communities of Appalachia. She worked as a Collections Specialist from 2013-2017 until her move back home.

At the age of 38 Rogers decided to return to college and received her degree Bachelor of Science in Business Administration- Management from Sullivan University in 2012. Prior to Sullivan she obtained an Associate of Arts and Science and Associate in Applied Science: Graphic Design between 2002-2004 from Lexington Community College.

Since moving back home to Cadiz, at the end of 2017, she’s made a career for herself here in Hopkinsville, KY. She served in several roles during her 3 year tenure at the Christian County Chamber of Commerce, where she began as an Administrative Assistant and moved up the ranks eventually becoming Director of Membership and Fundraising. She is looking forward to her new career in tourism and has already jumped right in to curating visitors and resident experiences in her new position.

A member of the 2019 class of Leadership Hopkinsville, aka, “The Longest Class Ever”. Rogers enjoyed participating in the program and considers it a stepping stone to long lasting networking and friendships. Rogers serves as a board member with the Pennyrile Habitat for Humanity, Rotarian with Hopkinsville Rotary Club, Advisory Board member of Hopkinsville Community College Technical Program. She is also a member of Corinth Missionary Baptist church and serves as secretary of the usher board and president of the kitchen committee.

Rogers has a zest for life and is filled with energy and enthusiasm; Her free spirit and optimism will brighten any day and she can’t wait to welcome you to Hopkinsville! 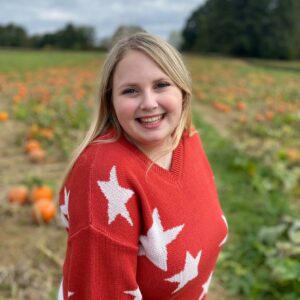 Lauren was born and raised right here in Hopkinsville, KY. She attended Holiday Elementary and University Heights Academy. With a strong love for Hospitality and her community, she has been in love with working at the Hopkinsville Visitor’s Center!

Lauren received a Bachelor’s of Science degree in Hospitality Administration with a minor in Event Planning from Austin Peay State University in 2022. She has previously served as an Intern at Walt Disney World specializing in Guest Flow Operations. In Hopkinsville, she has worked with The Rotary Club of Hopkinsville and Casey Jones Distillery.

During her time at Austin Peay, Lauren worked at the Writing Center as an Administrative Assistant where she often assisted students with their academic papers. Her summer work included working with the Student Success Office to assist incoming freshmen with course registration. She also managed two social media accounts for clubs she was involved in on campus. Since moving back to Hopkinsville, she has loved using her social media skills to design recipes and other graphics for our center.

Lauren loves going on adventures around the world. She has been to the Biltmore Estate in Asheville, NC over 4 times and would go anytime she could. Her favorite trip she went on was her Spanish Class trip to Spain and Italy in the spring of 2014. She has also been to Canada, the Bahamas, and Mexico!

Lauren is a member of Southside Church of Christ. She will be married to her fiancé Garrett this year and together they love serving others. At home, is her gray dwarf hamster named Gandalf, who has his own Instagram.