Books At The Bar 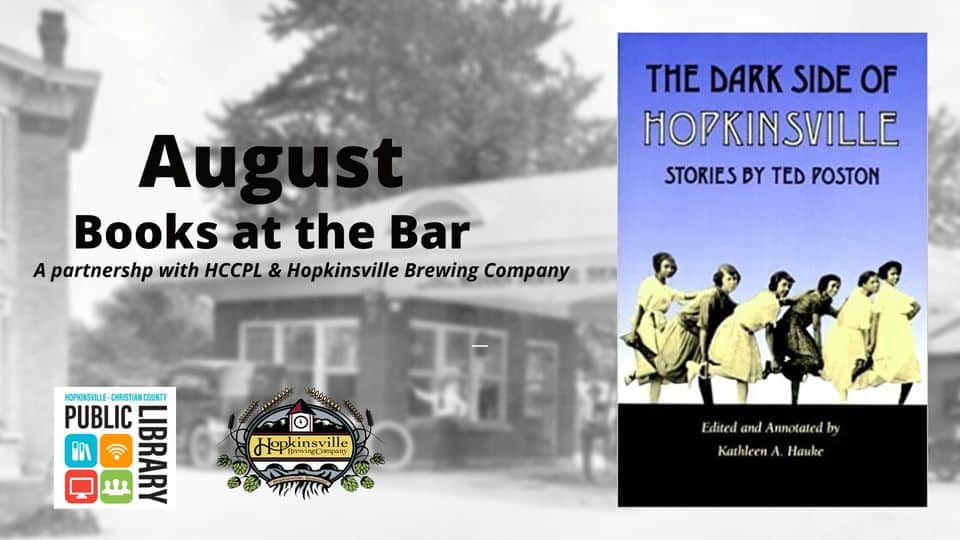 Join HCCPL for the August Books At The Bar! We will have read and will be discussing, The Dark Side of Hopkinsville by Ted Poston.
Born and reared in Hopkinsville, Kentucky, Ted Poston (1906-1974) became the first black career-long reporter for a major metropolitan daily (the New York Post) and served as a member of Franklin D. Roosevelt’s “Negro Cabinet” in Washington in 1940. After thirty-five years at the Post, Poston was without question the “Dean of Black Journalists.”
Acquainted with the major figures of the Harlem Renaissance, Poston regaled his associates with tales of his childhood. These memories resulted in the stories collected in The Dark Side of Hopkinsville. Told from the vantage point of “Ted,” a bright, high-spirited student at Booker T. Washington Colored Grammar School, the stories focus on a coterie of imaginative children, their entertainments and games, ties to the church, and relations with immediate and extended families.
Joining the discussion is Jennifer Brown, co-founder, publisher and editor of the Hoptown Chronicle. Jennifer spent 30 years as a reporter and editor at the Kentucky New Era and has much historical information to share.
The book may be checked out at the library!
+ Google Calendar+ Add to iCalendar