Comedy Night with Will Abeles & Friends 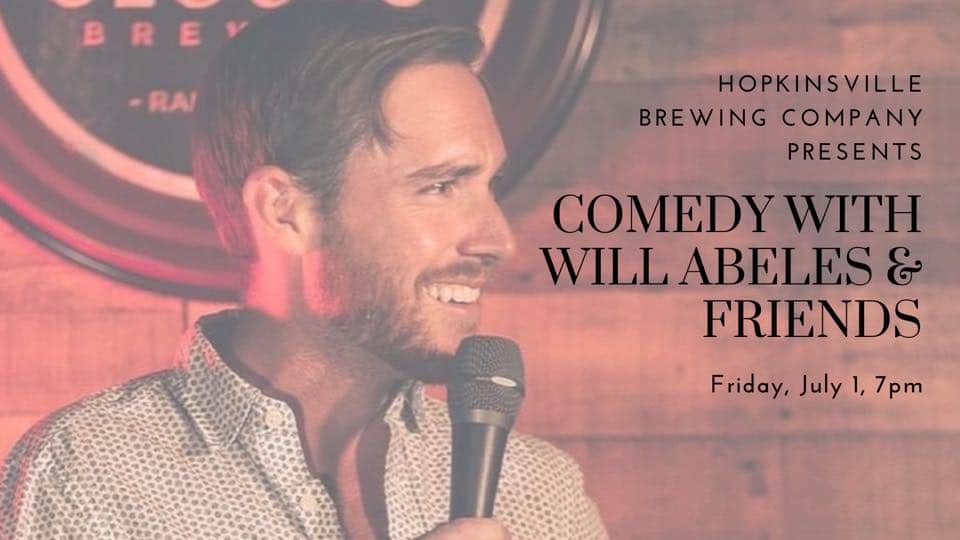 Will Abeles is a stand-up comedian and producer based out of Nashville by way of Brooklyn (with a brief year in his hometown of Hagerstown, MD for a little thing called 2020). Most recently, Will was voted the third best comic in Nashville by the Nashville Scene magazine’s “Best of 2021” behind Nate Bargatze. In January of 2020, Will left New York for a self-produced national tour to Los Angeles and back, leading up to his second album recording at Empire Comedy Club in Portland, ME. Unfortunately, Will got as far as Indianapolis on his return trip in March before the tour and album were canceled. But having been known to “zig when everyone else zags,’ Will teamed up with Dewey Comedy Productions and recorded his second album in May of 2020 over Zoom. The album, titled “The Pride of Hagerstown: The Tall Tales and Tragic Truths of Will Abeles” is available on all streaming platforms and Bandcamp for purchase now. Will is also the co-host along with Drew Harrison of the “My Funny Friends” podcast, a stand-up comedy origin story podcast where they interview fell veteran comedians about their upbringing and journey through stand-up.
In December of 2017, Will’s debut comedy album “Regrets of My Father” debuted at #1 on the iTunes Comedy Charts. He’s also been featured in festivals all across the East Coast including the Baltimore Comedy Festival (twice), the Wiz City Comedy Festival in Philadelphia, WOOtenanny in Worcester (twice), the Portland Maine Comedy Festival (never again), the Charm City Comedy Festival (same), The Ellicott Silly Comedy Festival and the 2021 North Carolina Comedy Festival in Greensboro, NC.
As a performer and producer, Will’s been featured in TimeOut NY, Vanyaland, CNL, the Stellar Underground and ComedyCake.com and has written for theInterrobang.com, TheBringer.com and the AppleInsider Podcast.