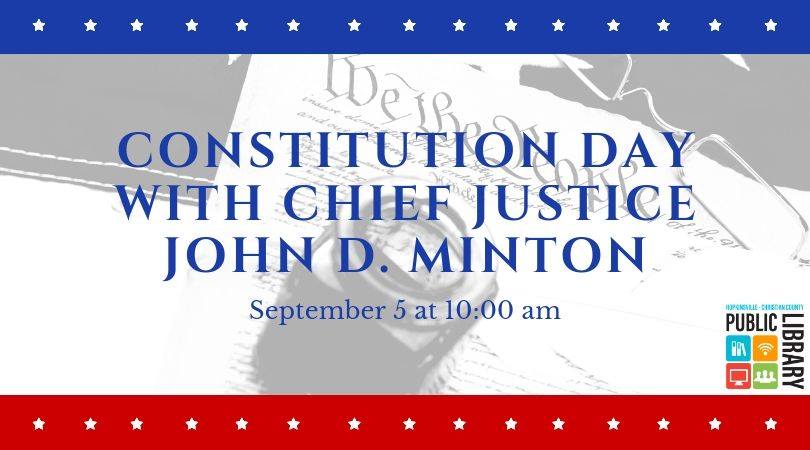 A reception will follow Chief Justice Minton’s presentation followed by a showing of the University of Pennsylvania’s three-part documentary “Key Constitutional Concepts.”

A link to Hillsdale College’s “Constitution 101” 10-part course will be available on select computers in the Reference/Genealogy Department, located on the second floor.

Pocket copies of the Constitution will be available for attendees at no charge.

The tradition of celebrating the Constitution was started many years ago by the Daughters of the American Revolution. In 1955, the DAR petitioned Congress to set aside September 17-23 annually to be dedicated for the observance of Constitution Week. The resolution was later adopted by the U.S. Congress and signed into Public Law #915 on August 2, 1956, by President Dwight D. Eisenhower.