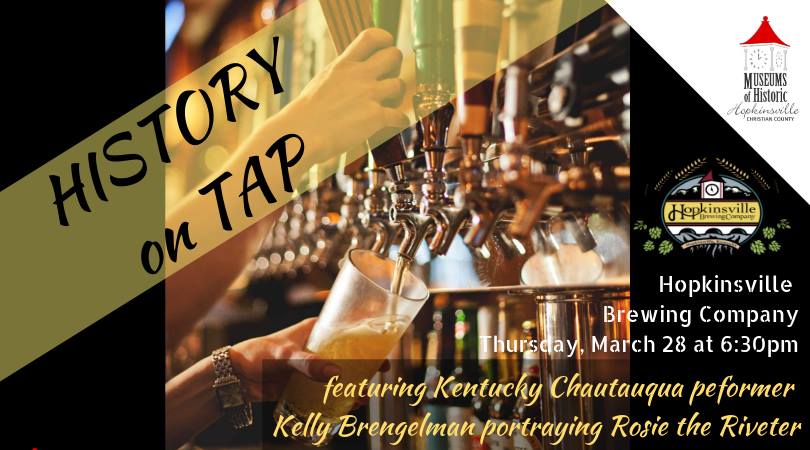 Join the Museums of Historic Hopkinsville-Christian County and the Hopkinsville Human Relations Commission at the next History on Tap at Hopkinsville Brewing Company on Thursday, March 28 at 6:30 pm. In honor of Women’s History Month, they will host a special presentation by Kentucky Chautauqua performer Kelly O. Brengelman. Brengleman will portray Rose Leigh, a young woman who found stardom as “Rosie the Riveter.”

Rose Leigh was just a regular girl from Science Hill, Kentucky, when she arrived at the Willow Run Bomber Factory in Ypsilanti, Michigan, in 1942 to work as a riveter on B-24 bombers during World War II. Although she arrived with personal obstacles that included single motherhood, Rose found her way around the plant, found her ambitions, and found temporary stardom when she met Walter Pidgeon and appeared on the big screen as “Rosie the Riveter.”

Mark your calendars for Thursday, April 25 at 6:30 pm for the next History on Tap program.