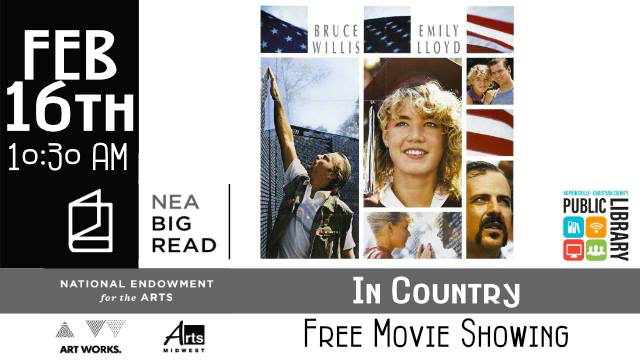 Norman Jewison directed this subdued character study of the effect of the Vietnam War on a small-town Kentucky family — based on the novel by Bobbi Ann Mason. The film centers upon 17-year-old Samantha (Emily Lloyd) who lives in Hopewell, Kentucky with her Uncle Emmett (Bruce Willis), a quiet, laid-back veteran of Vietnam suffering from post-traumatic stress. Samantha’s father was killed in Vietnam when he was 19-years-old (almost her age now), and her mother Irene (Joan Allen) has remarried. Samantha finds some old photographs of her father, and she becomes obsessed with finding out more about him. Irene, who has moved to Lexington with her second husband, wants Samantha to move in with them and go to college. But Samantha would rather stay with Uncle Emmett and try to find out more about her father. Her mother is no help, as she tells Samantha, “Honey, I married him four weeks before he left for the war. He was 19. I hardly even remember him.” Finally Samantha, Emmett and her grandmother (Peggy Rea) go to visit the Vietnam Veterans Memorial in Washington. Finding her father’s name in the memorial releases cathartic emotions in Samantha and her family.