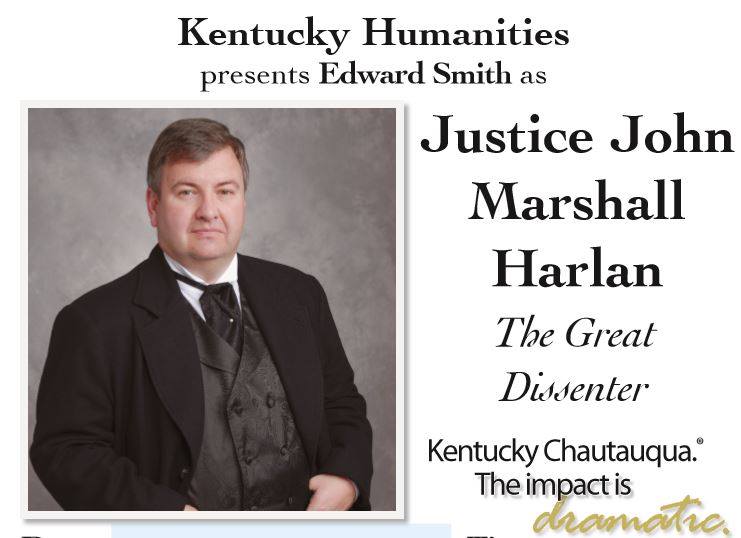 The Hopkinsville Human Relations Commission and the Friends of the Hopkinsville-Christian County Library will be presenting Mr. Edward Smith as Justice John Marshall Harlan on Saturday, February 9, 2019, at 10:00 AM in the Community Room of the library.

A native of Boyle County in Kentucky and a graduate of both Centre and Transylvania colleges, Justice Harlan served for thirty-three years on the nation’s highest court. During his tenure, Justice Harlan earned the name “the Great Dissenter” because of his dissenting opinions in some of the civil rights cases of his time. His most famous dissent was issued in Plessy v. Ferguson, the case that made segregation legal in the United States. Justice Harlan’s ringing dissent would become the foundation of the Supreme Court’s reversal of Plessy in Brown v. Board of Education.

This program, made possible by Kentucky Humanities, presents a chance to listen to Justice Harlan discuss political affairs, slavery, and the right of a man to change his mind at a dinner party with his friends.