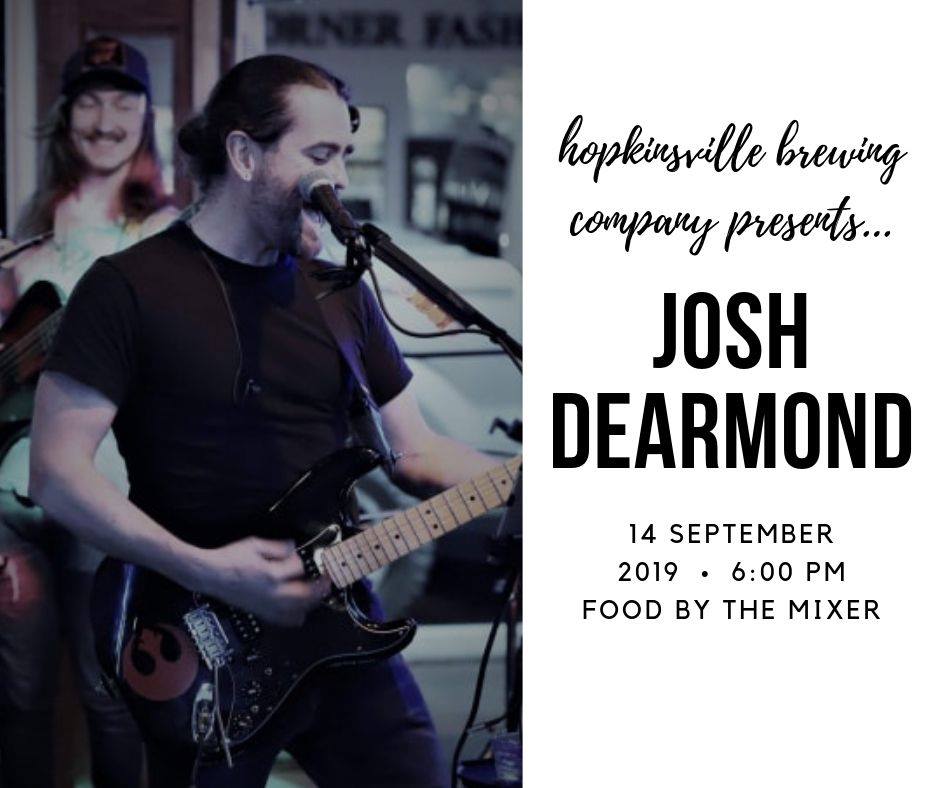 Muhlenberg County native Josh DeArmond has always had a passion for live music. He started his musical life as a drummer but after stumbling upon a live concert video of Lynyrd Skynyrd from 1976 as a teenager, he decided to pick up the guitar. It wasn’t until college that he started writing his own songs after being inspired by the lyrics of artist Joshua James. He draws inspiration from the darker aspects of life similar to the likes of Steve Earle, Chris Knight, and Jason Isbell.

See you at HBC!