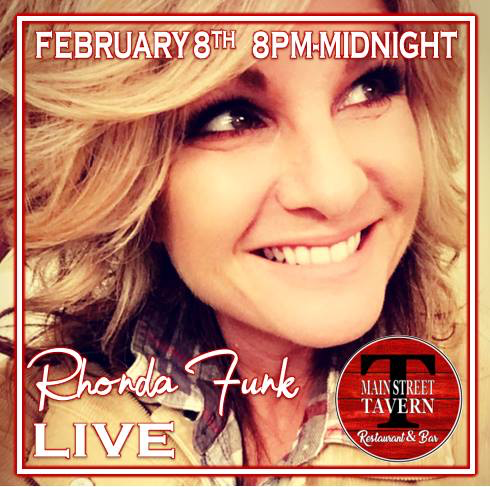 Join Main Street Tavern, where Rhonda Funk will take on the Tavern Stage.

Meet the Artist
An independent singer/songwriter with soul and spirit of a warrior, Rhonda Funk combines the grittiness of Janis Joplin with the softness of Stevie Nicks. Describe by many as a young Melissa Etheridge with a raspy country tone and a rock edge, Funk delivers a unique vibe on the stage. Writing her first song at the age of 15, she has recorded three Christian albums and her most recent country album (recorded in Nashville in 2017) and has been featured on radio stations and internet streams across the country. Her growing popularity in her native home of the Pacific NW has landed her spots in the LRS Fest (2017) and the Oregon Jamboree (2018) along with opening for Darryl Worley for the Oregon Jamboree Mystery Concert St. Jude’s fundraiser held at Oregon State University (2018). Funk reaches into the heart of her audience with her real experiences, energy and straight up sass. A recent brain surgery survivor, she gives her songwriting credit to the Lord, her experiences, and her amazing Nashville songwriting community which has taken her to entirely different level in music.