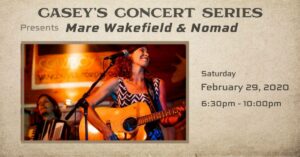 Midday Music concerts are free to all. A light lunch will be provided.

Clayton sweats and bleeds country music. Raised in the Pacific Northwest, his childhood of cloudy hikes and Methodist choral rehearsals forged a songwriter with a penchant for Rock ‘n’ Roll and the outdoors. His range falls between growling baritone and howling tenor, in the same vein as his songwriting heroes, Johnny Cash and Hank Williams. With biting cynicism and heavy-handed lyrical work, Clayton is gnawing his way into a long career in music. 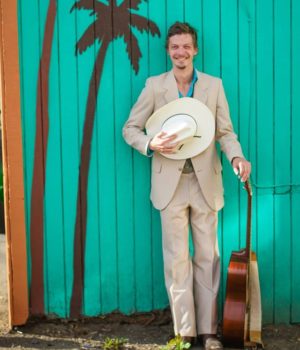 Tony Compton is an American songwriter and is a co-writer in the premiere River Dirt band Les Gruff and the Billy Goat. Receiving accolades from their home in St. Louis, across the Midwest, and down through Texas, Les Gruff has self-built their own world for music and dominated it.

Tony and writing partner Billy Croghan have created the unique, yet familiar, sound of Les Gruff and the Billy Goat. However, Tony has many of his own stylings of songs to share with folks.

Small town sensation Dakota Danielle broke into the country scene with the release of her debut single “One Church” last year, which quickly and independently garnered over 56k streams on Spotify. After the video premiered on The Country Network, Dakota followed with the release of her sophomore single “Forever.” The highly relatable, slightly nostalgic songs are self-penned and produced by Mookie & Evan with Michael J. Clouse III (Jeff Buckley, The Rolling Stones’ Nicky Hopkins, Thin Lizzy’s Marco Mendoza). Influenced by artists ranging from Dolly Parton to Chris Stapleton and Aretha Franklin, the 27-year-old singer/songwriter brings a fresh twist to country music.