Hopkinsville has a wonderful Rail to Trail project that provides Greenway space for walking, biking, running, and other outdoor activities for our citizens and visitors. Phase Two of the project has begun, and we invite you to check it out! 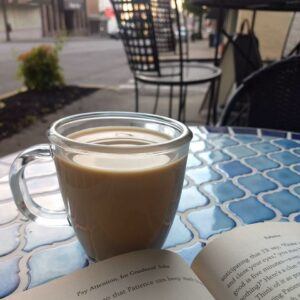 Join Resiliency Outreach for a Veterans Benefit Concert on May 11, 2019 at MB Roland Distillery! Local bands and artists will be the entertainment slated for this event! Limited tickets will be available as there is limited space. Let’s rock so hard our loved ones will party in the heavens! This event is a 21+ Event.

On Thursday March 7th at 5:00 P.M. Music Central of Hopkinsville will be hosting a FREE rudimental drum clinic by J. Andrew Porter. Sgt. 1st Class Porter of the US Army Hellcats from West Point will be focusing on rudimental drumming, history, and making music for a living. Clinic is open to anyone wishing to attend. If you’re a drummer, you won’t want to miss this opportunity to hear one of our nation’s finest musicians. Make plans to attend now.

Sergeant First Class J. Andrew Porter joined the West Point Band in May 2005 as a rudimental drummer in the band’s field music group, the Hellcats. As a member of the Hellcats, Sgt. 1st Class Porter has performed and presented for Drum Corps International World Championships, the Percussive Arts Society International Convention, the KoSA percussion workshops, and the Texas Music Educators Association. Prior to his appointment with the Hellcats, Sgt. 1st Class Porter was an assistant band director at Barren County High School in Glasgow, Kentucky. He also served two years as percussion specialist for the J.J. Pearce High School cluster of bands in Richardson, Texas, and in 1996 was part of the instructional staff for Nite Express Drum and Bugle Corps. Sgt. 1st Class Porter holds a Bachelor of Music Education from Western Kentucky University and a Master of Music in percussion performance from Louisiana State University. His primary teachers include Dr. Christopher S. Norton, Dr. Michael G. Kingan, Timothy K. Adams, Jr., Conrad Alexander, and Scott Ford. As a concert percussionist, Sgt. 1st Class Porter has performed with the New York Philharmonic, the Baton Rouge Symphony Orchestra, the Natchez Opera Festival Orchestra, the Dallas Wind Symphony, and the Brevard Music Center Orchestra. As a rudimental percussionist, he performed in the snare line of the North Canton, Ohio, Bluecoats Drum and Bugle Corps from 1993-1995, and was the snare line section leader for the 1996 WGI Independent World Class Champion Music City Mystique from Nashville, Tennessee. In addition to freelance performance opportunities in the lower Hudson Valley area, Sgt. 1st Class Porter regularly performs with the West Point Band’s Concert Band, Percussion Ensemble, and Steel Band. As a clinician, Sgt. 1st Class Porter frequently presents clinics and master classes covering marching and concert percussion techniques for university and high school students. In his free time, he enjoys spending time with his wife and son, woodworking, and cycling.