Edgar Cayce, psychic, spiritualist, and the father of Holistic Medicine, was born in Hopkinsville on March 18, 1877.

Mercury Blonde is a nationally touring Americana/Southern Rock band based in East Nashville, Tennessee. The band was formed in 2017 when each member decided to make the move to music city to pursue a career in music and ended up finding each other through the vast network of open jams. Each member of the band is from the east and the mid-west area of the United States.

The band released their debut record “Left on Gallatin” in 2018, recorded in Coop DeVille Studios by Wes Little, where each song has its own meaning on how to approach certain life situations, past relationships, and also admitting that sometimes the best course of action is to just run away. The sounds of rocking slide guitar remind you of Derek Trucks, and the vocals give you the songwriting sense of Steve Earle. This record encompasses the sound of Mercury Blonde with their new sounds of Americana mixed with old school sounds of rock n’roll.

The band has toured across the state of Tennessee, performed on live radio for the Blue Plate Special radio show in Knoxville, they have traveled as far south as Austin, TX to play the Red Gorilla Festival, and have made their way north to play The Elbo Room in Chicago and Frankie’s Blue Room in Naperville, IL.

A Quilt City Hustle is coming to jam out at Hopkinsville Brewing Company! See them play Saturday, June 27th at 6:00 pm!

Come on out to the Alhambra Theatre for a night of incredible live music!

Hopkinsville’s own Steve Gorman, acclaimed drummer and founding member of The BlackCrowes, performs with his band Trigger Hippy, along with fellow members Nick Govrik, Ed Jurdi and Amber Woodhouse. Performing tunes from their recently released album, Full Circle and Then Some — featuring an irresistible mix of country, soul, and rock ’n’ roll — Trigger Hippy will have the Hoptown audience on its feet for an unforgettable evening. 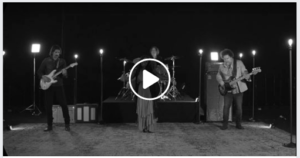 Join your friends on December 3rd to kick off the Christmas season with a concert! The Pennyrile Area Community Band will have a program full of your favorite holiday tunes to get you in the spirit. Bring the family! FREE admission. Donations will be accepted.

Join the Pennyroyal Arts Council on August 1 at 6:00 pm for a happy hour and reception to celebrate the announcement of the 2019-2020 LIVE at the Historic Alhambra Theatre season!

The highly curated season features an Oscar-winning Broadway performer, 10-time Grammy award winner, a premier classical-crossover string and vocal band, one of the best-known soul groups of the 1970s and a world famous tribute act!

This ambitious new season of musical events will highlight artists from various genres while deepening our commitment to our local arts community.

To celebrate the season, they’re giving away A PAIR OF SEASON TICKETS (valued at $400). You must be at the event to register and win.

Come dressed as your favorite character and support the band programs of both Christian County High School and Hopkinsville High School!

Come kick off the Christmas season with the Pennyrile Area Community Band! Crowd favorites will be sure to please and maybe a special guest will make a surprise appearance! FREE admission! Bring the family. The Performing Arts Center (thePAC) is located inside Christian County Middle School.